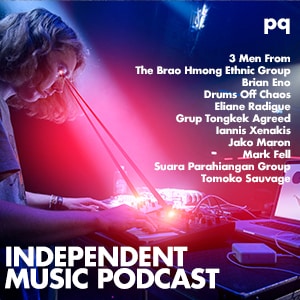 The second in our series of guest shows. This time we have the exceptional producer pq putting together an hour or so of music that takes us from Southeast Asia to Uganda, touching down in Japan, Greece, and Rotherham, whilst giving us a taste of some unreleased sounds of his own.

pq is one-sixth of Nihiloxica, whose debut LP lands on 12 June via Crammed Discs. He is also one-third of blitzkriegesque synth duellers Hot in da Club and accompanying label Spooky Shit. He was the noise behind the immense Ecko Bazz EP on Hakuna Kulala.