After some hazy sounds last week, we’re altogether more upbeat this week. You wouldn’t guess so with the opening track from Sax droner Colin Stetson, but with tracks from Miss Red, Moor Mother, Ramson Badbonez, and lost disco cats Teakwood, there’s plenty in here to get you going.

As part of our best of 2016 series, we kick off December with Gareth and Anthony discussing and sharing their favourite vinyl purchases from the year just gone. It makes for a somewhat different ‘best of the year’ show, with records from pre-2016 and a large dose of 12″ singles that won’t get a look-in elsewhere where LPs reign. It’s the usual mix of genres, what else would you expect? 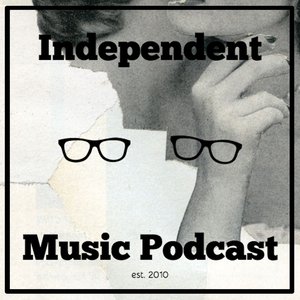 Surgeon has a new LP recorded in the Maui jungle under his own name that we preview this week. Alongside that we have new tracks from Tarana, Ulver, Julia Kent, and Oneohtrix Point Never.

We’re getting a little bit funky this week following a couple of episodes looking on the weirder side of music. From the opening afro-tinged funk of Hungary’s Dokkerman & the Turkeying Fellaz’s new LP through Germany’s Tramp Records, to the closing refrain of Joe Baatan’s brilliant Aftershower Funk – recently repressed through Soul Jazz – we’ve got danceable numbers all the way through. We stop off in the middle with the new record from Fela Kuti collaborator Dele Sosimi’s new one through Wah Wah 45s, and also have new ones from Scottish artists Clade and Happy Meals, a fuzzy piece of brilliance from unsigned Birmingham act Tiny Rockets, Stearica’s latest track, some UK Hip Hop from The Four Owls, a modern classic from The Gaslamp Killer, and a reissue of a £300 classic slight of sexy soul from Sharon Revoal coming from Nik Weston and Mukatsuku – get funky!

Moog silliness, contemporary and 70s jazz, Lollywood dancefloor fillers – that’s just the first four tracks on this week’s podcast. We have new ones from Polar Bear, Filter Dread and Anji Cheung as well as danceable field recordings from far flung corners of Asia, prog from Romania and dance music from Pakistan.